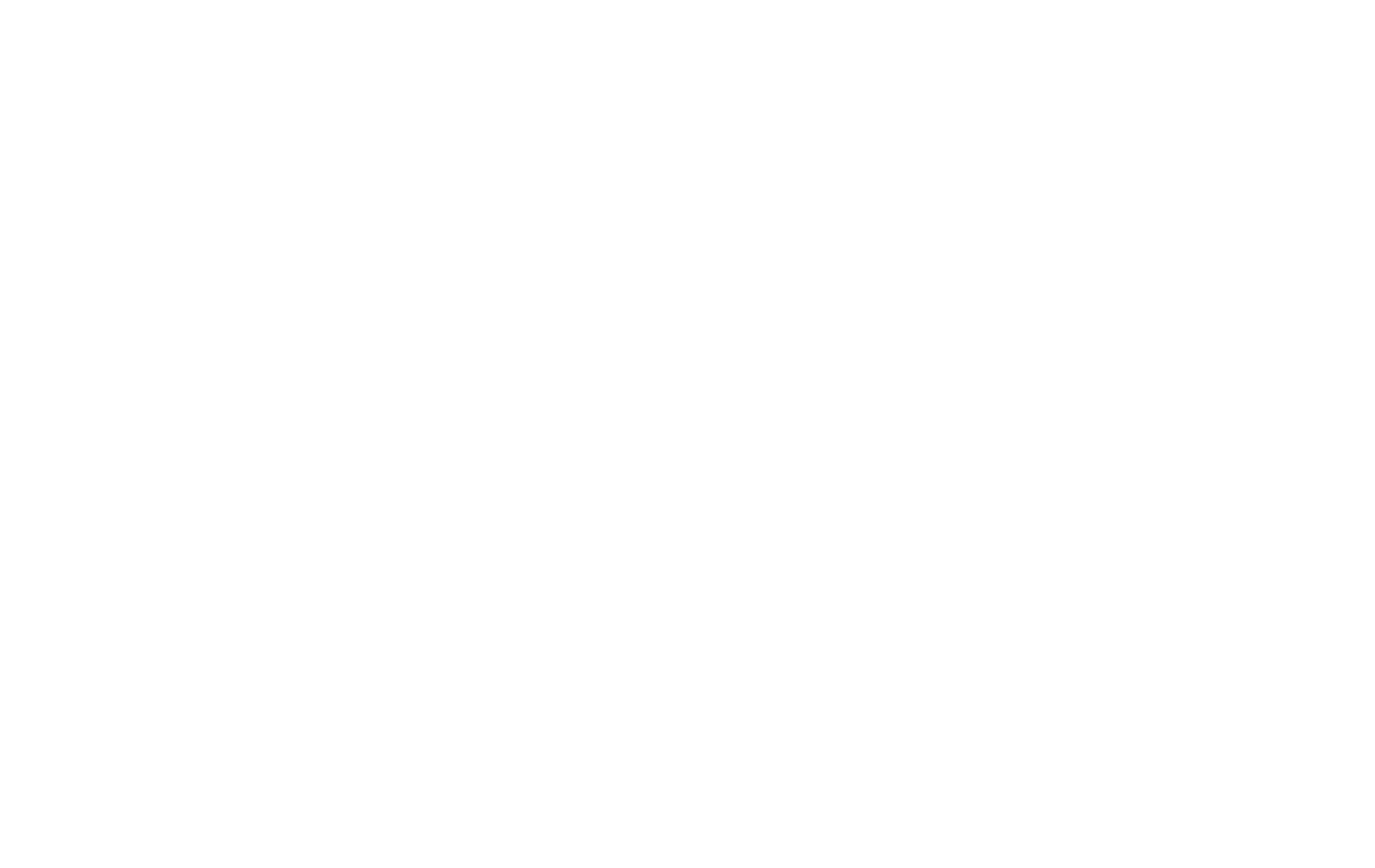 // Everything You Need to Know About Climbing in the 2021 Olympics

Climbing at the Tokyo 2021 Olympics sounds pretty darn simple right? Wrong. The format has our eyes crossing and athletes on their toes. Here’s what’s up:

The 2021 Olympic Game Format for Climbing:

20 men and 20 women (max 2 climbers from any one nation) will each compete in three climbing disciplines, lead climbing, speed climbing and bouldering in Tokyo. Here’s how it’ll work:

Each of the 20 athletes will be given:

The athletes will then be ranked 1-20 in each discipline above based on their results. These three rankings will then be multiplied together (Ex. 1st in speed X 3rd in bouldering X 7th in lead = a multiplier of 21), and the eight athletes of each gender with the lowest multipliers will advance to finals.

The top eight athletes of each gender will then compete all three disciplines again:

Speed: Athletes will race head to head in Quarter Finals, Semi Finals and Finals, with the winner of each advancing on to the next round. (Think March-Madness-style brackets.) The athlete who climbs the fastest in finals wins this discipline.

Bouldering: Athletes will climb three boulders with four minutes to climb each boulder in the fewest number of attempts possible. The athlete who climbs the highest on the most boulders with the fewest attempts will rank number one in this discipline.

Lead: Athletes will climb one route. The athlete to climb the highest on the route wins this discipline.

Similarly to Qualifiers, the athletes will be ranked 1-8 in each discipline above, and their rankings will be multiplied together. The climber with the lowest multiplied score will take gold.

Why the combined format?

The Olympic committee only gave climbing as a whole one set of medals (gold, silver, bronze) per gender, instead of one set of medals per discipline. So, to be as fair as possible, the IFSC (International Federation of Sport Climbing) decided to implement the combined format to avoid excluding any discipline.

How do climbers qualify for the 2021 Olympics?

Seven women and seven men qualified at the Combined World Championships in Hachioji (Tokyo), Japan in August 2019 (see below).

Six additional men and women will qualify at an Olympic qualifying event in Toulouse, France, on December 1, 2019.

One man and one women from each continent (the winner of each continental championship) will qualify between February and May 2021–depending on when each championship is held. (Five additional athletes per gender total.)

Japan, as the host country, is guaranteed one athlete of each gender.

And finally, the Tripartite Commission will select one additional male and female athlete to compete.

However, only two athletes of each gender can qualify from any one nation.

Who is going so far?

From the Combined World Championships:

Related: 12 REASONS WHY BROOKE RABOUTOU QUALIFIED FOR THE 2021 OLYMPICS

While many lead climbers and boulders have complained about having to train speed for the Olympics, it’s speed climbers who are getting hosed by the combined format. It’s much easier to learn one new discipline than two, and speed climbing has the fewest variables of any discipline, as it’s always the same route with exactly the same holds placed in exactly the same positions. All athletes have to focus on is climbing it as fast as possible. While this is no easy feat, it’s arguably easier to learn and train in a year than it is to learn the nuances of every move that might be included in the lead and bouldering routes. And with the three-discipline multiplier score qualification system, it’s unlikely that the top speed climbers in the world will qualify for the games at all–as its unlikely they will be able to come close to making the podium in lead or bouldering, making their three-discipline multiplied scores much too high to qualify.

We don’t know about y’all, but it’s a bummer that we will likely see a lot of non-speed-climbers competing in Speed in 2021–not as exciting as watching the fastest athletes in the world compete. It also leads us to question how “fair” the combined format is to all athletes. Not saying we have a better solution, but it’s a bummer for speedsters for sure.

Since athletes’ rankings will be multiplied, they obviously want the lowest multipliers possible. However, one poor score (ex. 20th in speed) and 2 fantastic scores (ex. 1st in bouldering and 2nd in lead) will result in a better overall multiplied score (here 40) than if an athlete is well rounded (ex. 5th in each discipline for a multiplied score of 225). So, should the top lead climbers and boulders focus on trying to podium in those two disciplines instead of putting time into catching up on speed? Or should they focus just as much effort on speed as the other disciplines in anticipation of speed scores being the deciding factor between the top lead climbers and boulders? For example, if one athlete comes in first in bouldering and second in lead and another places second in bouldering and first in lead, their speed ranking will decide who wins gold and who takes silver (assuming no athlete placed 3rd in both lead and bouldering and first in speed). Thus, we’d say training all disciplines is imperative.

What about climbing in the 2024 Paris Olympics?

Tentatively, climbing has been given two sets of medals per gender for the 2024 Olympics, which will allow for speed climbing to be it’s own separate event–bouldering and lead climbing will remain combined. Additionally, more athletes will be invited to the games, with 20 men and 20 women qualifying in bouldering and lead and 16 athletes of each gender competing in speed (a total of 72 athletes instead of 40). However, this format is only provisional. The final decision to include climbing in the Paris 2024 games will be made in December of 2021, after the summer 2021 games in Tokyo.

What other sports are new to the Olympics in 2021?

Wait, there are sports other than climbing out there?!?

As it just so happens, there are. And you will now be able to watch surfing, skateboarding, baseball, softball and karate in the summer Olympics. 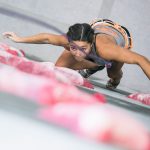 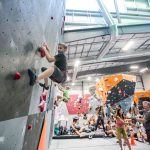