The Evolution of Emily Harrington and Her Dad Tim Harrington

Do you know Emily Harrington?  If not, you should.  At just 29 years old, she’s a five-time Sport Climbing National Champion and is sponsored by The North Face, Petzl, and La Sportiva.  She has summited the highest peaks in the Himalayas, is an active environmentalist, holds the first female ascents of multiple 5.14 sport climbs, and has a totally bad-ass Dad.

Tim Harrington has been her number one fan since she started climbing, but what’s unique is he’s also been her climbing partner.  At the age of 60 years old, he just sent his first 5.12 on a trip with his daughter in Spain. Here’s an inspiring video about their co-evolution all about it: 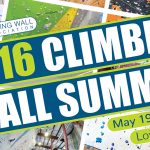 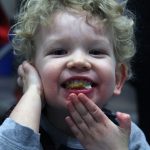