In the spirit of EVO Portland’s upcoming Tango Workshop on July 16, 2016, we thought it would be pertinent to interview Dominic Tracey, tango instructor and aficionado.  He came to Portland 25 years ago as a commercial fisherman and has since discovered climbing, tangoing, and switched his profession to software engineering.

He’s spent time dancing in Argentina, attends tango marathons, and sees a lot of similarities between his two favorite activities.

So, Dominic, let’s talk about it.

I’m a climber first and foremost. I’ve been climbing for ten years, and I’ve climbed all over the US, doing all different kinds; big walls, long trad, sport climbing, aid climbing…I’ve climbed The Nose on El Cap, the Moonlight Buttress in Zion…all different areas. 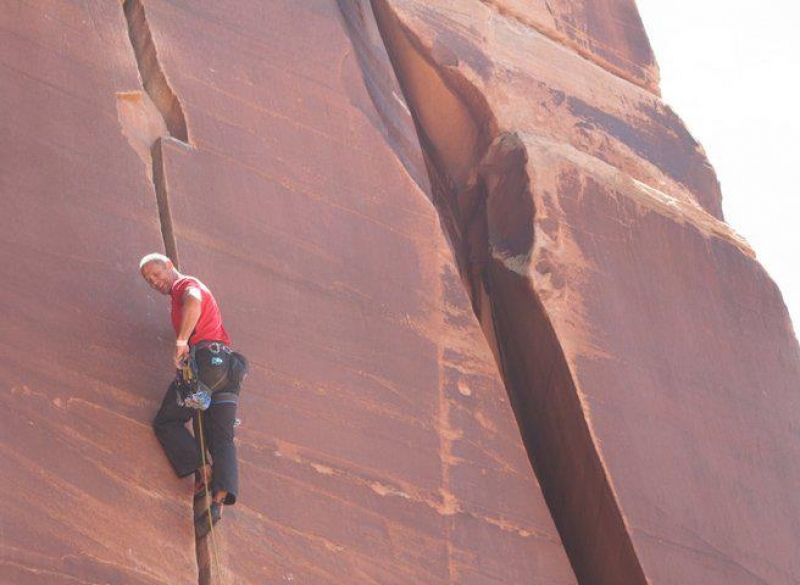 Are there things in tango that help you with climbing, and things in climbing that transcend into tango?

They’re kind of similar in a lot of ways regarding “flow.” You know that experience when you’re climbing right at your limit, but you’re totally focused in the moment, not scared about falling, and everything is gone from your mind except for what’s in front of you?  It’s a similar thing in tango, except you are sharing it with another person.

Cool. Can you tell me more about their similarities?

They’re both multifaceted.  Climbing combines the physical activity and the beautiful outdoors, and when you get into trad and aid climbing, there’s all the systems and fiddly bits of equipment. Then there’s the social aspect.  There are so many different reasons for why people climb, and it’s the same with tango.  Often, people who tango are big on attention to detail, similar to many climbers I know.

They [climbing and tango] are also similar in the terms of connection.  They’re both shared experiences. Some of my best tango experiences have been with people that I didn’t know, and I didn’t even share a common language with.

That it was difficult to get my brain and my feet around it. All the dancing up to that point had been bouncing around at concerts; I had never done ballroom or swing or anything like that, even though I’d always wanted to.

You know when you go to weddings and see people who can partner dance well, and you’re like, ‘I really want to be able to do that!’

This was an opportunity.  It’s kind of an addictive thing as well.  Time slips away while you’re doing it and you can feel yourself getting better, at least in the beginning.  It’s a rapid growth.

How did EVO and Tango come together?

Honestly one of the reasons I started the Thursday Guided Practica at EVO was because I noticed that climbers make great tango dancers.

Being able to control your core, giving you balance, and just the focus—being able to focus.  In climbing, you climb on something, you fall off, so you start breaking it down, asking yourself ‘what do I need to do to make this work?’ That translates really well into tango.

There’s a pretty strong growing community, not just in Portland but also all over the country of crossover of people who do both climbing and tango.  It attracts the same kind of people.

You don’t seem like the type of person who says “DO TANGO” but if someone asked you “why should I start,” what would you say?

That’s a good question…It’s a welcoming community and an activitiy that’s fun, challenging, and meshes well with climbing.  Come and climb, tire your hands out, then pop upstairs and dance with your friends. They’re complementary activities.

What kind of music is played?

The music is a big part of tango.  Most common is Golden Age, which is recordings of orchestras from Buenos Aires that were created from the early 1920’s to mid-1950’s. For the most part, is exclusively what people dance to; there are thousands of recordings from that era.

Whaaat that’s so interesting. I had no idea.

It’s amazing music. When you look at translations of the lyrics, you realize you could not get away with it today.

Just how ridiculously sappy they are! Tales of unrequited love just heart wrenching sadness, but it can be very playful at times, then dramatic, then melancholy. There’s a very wide range of things to express.

No, not really. (Laughs)

There’s an Argentine instrument called the bandoneon that’s like a complicated accordion. It’s the most complex instrument ever produced by mankind, but it is what makes tango, tango.  It really creates a uniquely danceable music.

It’s also the most complicated partner dance because it is entirely improvisational.  Tango is a conversation—a nonverbal conversation between the leader and follower that happens within the embrace.  You’re kind of in a hug, and the music starts and all the communication happens with your hearts one inch from each other.

It is.  The followers dance with their eyes closed so they can focus on the little nuances with what’s happening with the leader.

Talk to me about the workshop on Saturday.

On Saturday, this friend of mine, Veronika Kruta, who is one of the best dancers in the Northeast, is coming up here, and we’re going to teach together. There are two workshops; they’re going to be really fun. Anybody can show up, and you don’t have to have experience or a partner.  There’s a discount for members—you just have to have non-marking shoes without rubber soles so you can pivot. Socks work just fine, too, if you’re just getting started.

This has been great.  Anything else that you want people to know about tango?

Well, I don’t really watch TV, but I worry that when people think tango, they maybe think Dancing with the Stars. I don’t watch TV, but when I see clips from thing like Dancing with the Stars, I just feel horrified. Because the dancing, that staged cheesiness and over the top drama is the complete antithesis of social tango. Don’t let that throw you off if that’s what you think it is.

**Every Thursday from 7:30-10:00pm is the regular guided practica, which is an open dance where the community shows up; it’s free for members. He gives micro lessons to new people who show up and answers questions. In the fall, starting September 29th, he’ll be starting a six-week formal workshop that runs from 6:30-8:00pm on Thursdays. 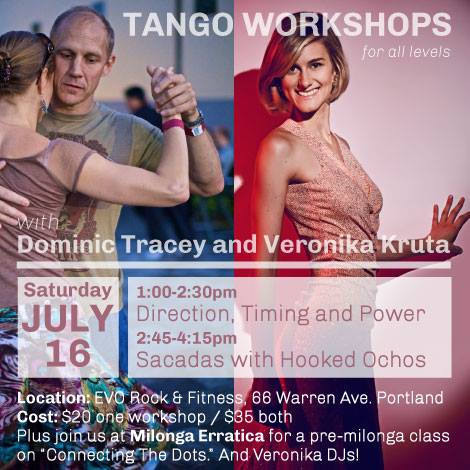 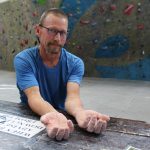 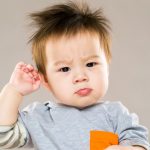