You might recognize this mean mug from the Maine Rock Gym (MRG).  Once upon a time, Chuck Curry was the manager there.  He started climbing 12 years ago, moved to New York, then moved back to Maine, and recently began setting at EVO Portland.  He loves Tex Mex food and we’re pretty happy to have him.  Here, he talks about fatherhood, why it’s important for him to come to the gym, and what it means to overcome fear:

What initially drew you to climbing?

When I first went climbing I had no idea what was going on.  I had no concept of what we were about to do.  Then things started sticking out; features I wanted to climb. Features inspired me then and inspire me now. Things I walk by and think, ‘wow, it’d be so cool to climb that.’

What did you love about it?

One thing I  got hooked into was mini-projecting; which is basically everything in the beginning. It was a really cool feeling to get completely shut down the first time and maybe second time.  You take a burn, and then you fire, and what felt completely impossible earlier then becomes possible.

What’d you do first as a climber?

I started bouldering and trad climbing very close together; within the same year. What got me hooked on bouldering was the ability to work on really hard moves over and over again and then make them happen, and then I realized that’d make me a stronger climber in other facets.

Have you hit any mental blocks over the past 12 years of climbing?

The biggest mental block for me was the fear of not knowing.  And that would show up or become apparent when I would try to onsite something.  It was classic for me to do something on the second go, because on the first go I was paralyzed by the fear.

What kinda things would you be fearful of?

‘Is the gear going to hold, where is the pad,’ anything.  The fear was the biggest barrier.

How’d you overcome it?

I don’t know.  Something happened when I had kids.  I started to seek out more dangerous stuff.  I just got so much more comfortable when I didn’t know the beta…I got so much more comfortable in that space. Seven years ago I would get really nervous about trying to onsight something. I was almost finished before I even started.  Now, when I’m having that experience (of not knowing) I know it means I’m having a good time.

You started seeking dangerous things after you had kids? That seems like the opposite of most parents.

Yeah I know. It wasn’t necessarily the danger I had been avoiding; it was fear. The weakness was fear. Now I’m comfortable with it.

So, fatherhood made you a better climber?

Yes. I’ve become much better at time management and focus.  You (as a parent) don’t have a lot of time to mess around, so you pick something to get good at and you make it happen.

Do you have any goals right now?

That’s a good question…my goals right now are murky. I am pretty focused on staying strong.  With my family, one of the best things for me to do is come into the gym, even though what I want to be doing is going outside.

Why is it so important for you to come to the gym?

Well to be able to climb in the first place, but also to boost my fitness and stay strong.  It’s good for me to come in do whatever, whether it’s getting on ropes or doing a bunch of hard boulder problems.

Random question: What do you think about climbing being in 2020 Olympics?

I think it’s great because I follow the comp circuit and I know how hard those people work and they more than deserve it. They’re professional athletes and they deserve to compete at the highest level.  That opportunity should be given to them.

Another random question: can you give me an interesting fact about yourself?

I really am a nice person.

Oh good, we had our doubts. 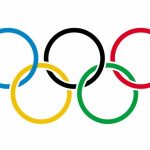 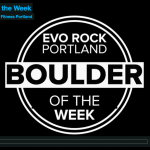 Boulder of the Week 8-9-16Climbing